„Anthropology’s interlocutors“ and the complexity of ethnographic knowledge production

In the light of postcolonial debates and initiatives within academic anthropology and ethnographic museums, “anthropology’s interlocutors” have increasingly moved to the fore of anthropology’s concern. Within the German “Ethnologie”, their history has – to this date – often been overlooked, not least because of the uneven relationships between 19th century polymaths and their “informants”. Yet, estates of the 2nd Freiburg Moluccas Expedition (1910 – 1912), which are among others stored at the university archive in Munich, bear remarkable indications of Indigenous participation in the ethnographic knowledge production of the time.

During their time on the island Seram, the expedition members Erwin Stresemann (1889–1972), Karl Deninger (1878–1917), and Odo Deodatus Tauern (1885–1926) met Markus Mailopu, a local who assisted them in their work and later accompanied them to Germany. He was hardly mentioned in the researcher’s following publications, but two diaries written by him (currently stored at the LMU University Archive), as well as a plaster bust and several photographs (stored at the Museum für Naturkunde and the Ethnologisches Museum Berlin) point at his rapport with the expedition members and his engagement in academic work. He later decided to join the German protection force in Cameroon where he went missing in 1917.

This project seeks to follow the archival traces of “Indigenous informants” (visually, materially, textually, cartographically) and place them and their work into discipline-specific as well as broader historical contexts. This particular example enables us to pinpoint the complexity and relationality of ethnographic knowledge production amidst the global asymmetry of the colonial project and allows for a particular, empirically grounded contribution to current debates. 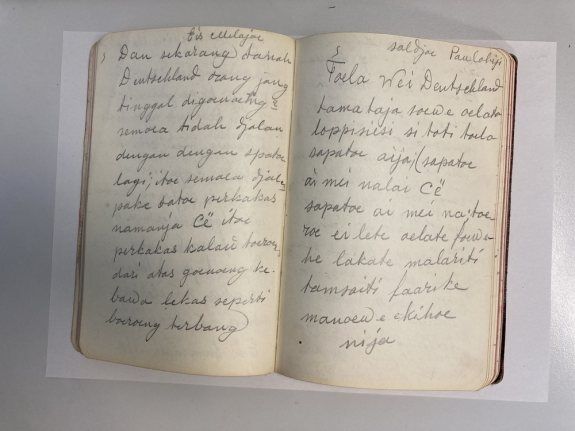 These diary entries attest to the presence of an “Indigenous informant” in Germany over 100 years ago. Photo: Clarissa Bluhm. 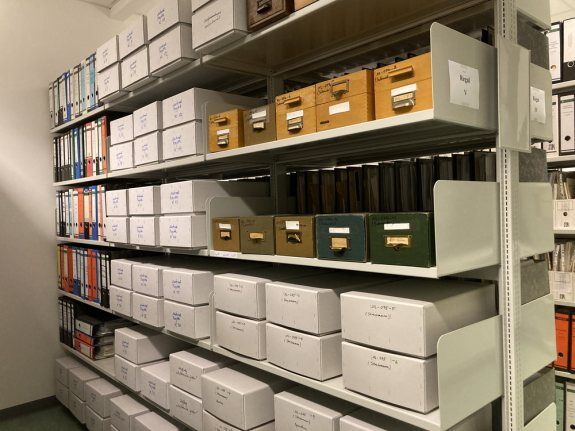 The depot of the LMU University Archive where the estates of the Institute of Social and Cultural Anthropology are stored. Photo: Clarissa Bluhm.