The coconut palm: A tree of life?

NIU voyaging into the future

According to various Oceanic mythologies, niu (the Indigenous name for “coconut” or “coconut tree” in many Oceanic cultures) was a gift of unconditional love by an eel to a young woman in order to sustain her and her people for the rest of their lives. And yet, in contemporary Honolulu and around hotels, urban high rises and centres, the so-called coconut tree is reduced to being merely decorative, and has its life-sustaining properties in the form of coconuts removed. The reason? Coconuts could fall on unsuspecting humans below and kill them, thus morphing from gift into threat.

This three-part series of short films explores the multi-faceted nature of niu: from its origins to its many different kinds of uses and abuses in the present and into the future. The intention is to shed light on a tree that is referred to by many island people as the “tree of life”. What happened then in Hawaiʻi? Did niu become a “sacrificial lamb” for the tourist industry and urban development, both of which are more concerned with profit than with Indigenous world views and environmental sustainability?

In this effort to restore niu to its former prominence in sustaining life for island people, this three-part series will consist of short films. Each film will focus on a specific character (or characters) who has either maintained this connection to the “tree of life” or who has reclaimed this connection and is passionate about reimagining the possibilities of this tree returning to become again a sustainable gift for Indigenous people and broader humanity in the 21st century. In doing so, this series of short films will approach niu for what it is, an environmental portal into a cosmological universe, thus resurrecting the “tree of life” from the taken-for-granted to the sublime.

See also the short film A NIU Way: Coconut Trees, the Virus, and the Vision and read or listen to Vilsoni Hereniko's island fable NIU: The Tree of Life. 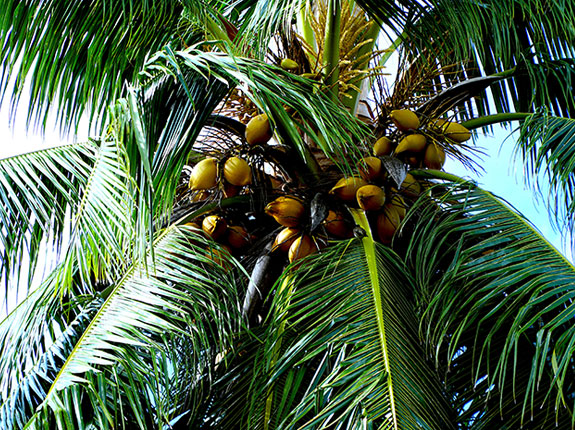 A coconut tree on Rotuma, where people still depend on the coconut tree to sustain themselves. Photo: Vilsoni Hereniko. 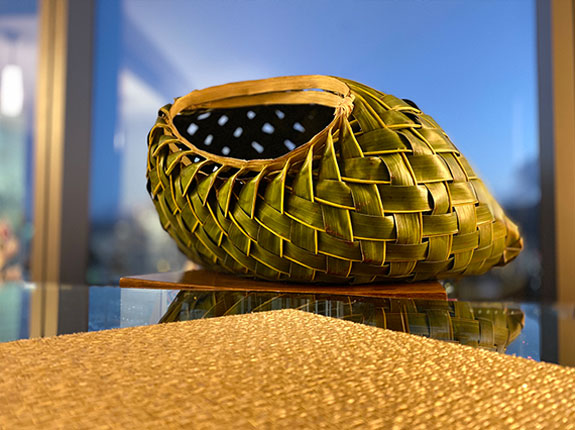