I’m sure if you were to ask 100 different Sāmoans, you’d get 100 different answers. Pasifika peoples, just like their tastebuds, are not a homogeneous group.

For me personally, the answer to this would be steaming hot panikeke whipped straight out of the frying pot. Or even taro with lashings of coconut cream and crispy fa’i rendered in the rich fat of roasted meat. 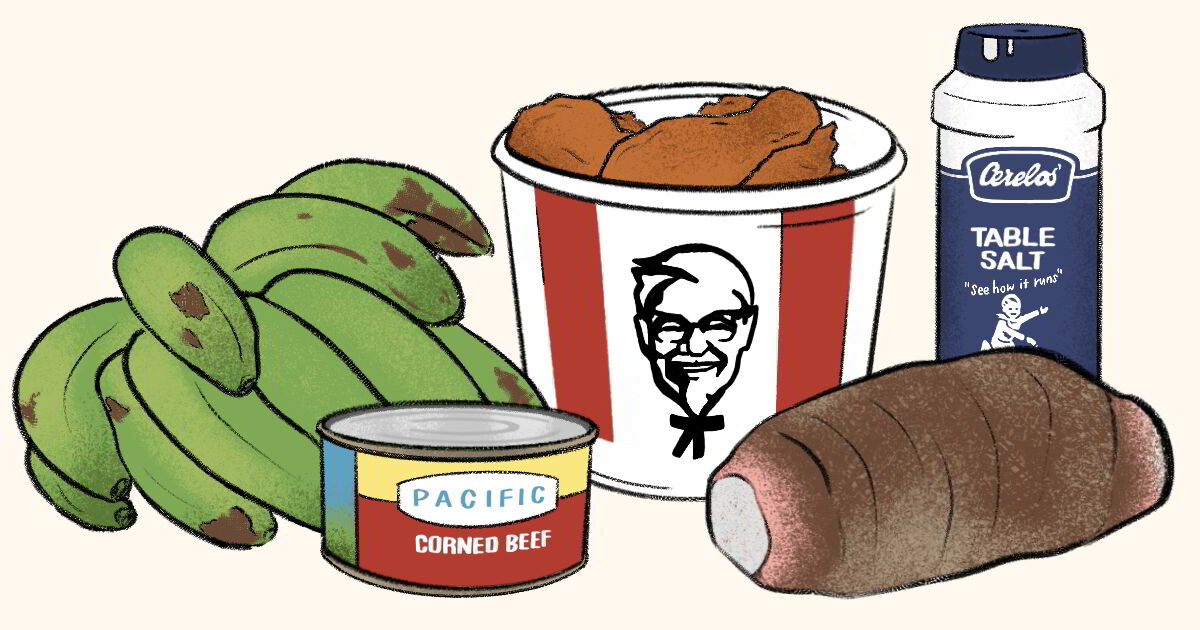 The kinds of mass-produced products that have somehow smuggled their way into the colloquial diet of many Aotearoa New Zealand PI communities. Like the iconic red and yellow pisupo cans that seems to emit the same hypnotic glow as McDonald’s golden arches. Or the Colonel’s finger lickin', artery-cloggin’ KFC.

Where do these foods stand in the podium of Sāmoan cuisine?

These are the kinds of questions that sparked my interest while a researcher working on the Sāmoan Multiplicities: Experiences of Sāmoanness project. While purely speculative, I’d like to explore and share diverse stories of Sāmoa in Aotearoa New Zealand and abroad, told through food and presented as cookbook.

Food brings people together. It’s the great cultural equalizer that is threaded across many significant Sāmoan ceremonies and customs. You’d be hard pressed to attend a Samoan wedding, funeral or lotu service where food didn’t make a guest-star appearance.

Even in the act of ifoga – the practice of seeking forgiveness, food is both offered and (if accepted) consumed as part of the forgiveness ceremony.

Each of these occasions are layered with bespoke food traditions. They indicate the depth of exploration when examining Sāmoa’s complex and rich history – through a gastronomic lens. In short, think of this cookbook like a dinner party: the place where editorial, photography, illustration and history meet and dine in. Together.

If developed, this project has the scope to paint Sāmoa in a way that hasn’t been illustrated before. To tell stories not told or well known. To collaborate with Pasifika communities and to let their voices be seen and heard.